The first Loch Ossian trip took place in 1990, in celebration of the birth of a future leader of Westies just across the border in Carlisle a few months prior. It was attended by a number of Westies who ran a number of different routes and ate a variety of things from the major food groups.

The 29th edition of this annual celebration took place a couple of weeks ago. Anyone in attendance last year will know that we spent the majority of the weekend inside a blustery cloud, so it was a relief to emerge from the train carriage to a still and starry night. I opted to get my requisite Westie Weekend fall out of the way early, slipping on an icy puddle to land flailing on the poppadoms.

A promising weather forecast led to an early-ish night before an early-ish start Saturday morning. Captain Ally provided route inspiration for his men in the form of an anti-Tranter round (I’m not sure either – very long, five munros) which kept his troops out all day and into the darkness. Tom and I joined a group of intrepid snow warriors to cross over Beinn na Lap to the two munros behind, with a return via the epic Strathossian. Helen walked for miles and miles, accompanied by an injured Kerry for the first few. Katie professed to be taking it easy but climbed two munros anyway. Icy, grippy snow made for slow progress, putting a stop to even the most determined bum-sliding, but company, cheese wraps and views of Schiehallion in every direction more than compensated.

Tie-dye clad, back at the hostel we tucked our bruised ankles under the table for a Woodstock themed feast co-ordinated and cooked by Andrew Fullwood. Arguably, the party fell casualty to the long hill day though a few valiant Westies managed to stay awake past midnight. As usual, the more experienced among us showed the most resilience with Helen last lady into her bunk both nights.

A lap of the loch under an hour was the goal for many on day two. New entries into the book this year include Holly, Lucinda, Rob, Joe and Will, with Leyre heart-breakingly close. Tom & I wimped out (though he managed last year) and ran against the flow to cheer the loch-lappers, clambering up Carn Dearg and Sgor Gaibhre on the way back. For once the ptarmigan took pity on us and we saw loads.

We managed to eat most of the leftover curry before departing for the train a few hours later. In the annual platform games bonanza, “injured” Kerry put in a top sprint performance and the Loch Ossian first-timers learnt that you’re never too old for the hokey-cokey. 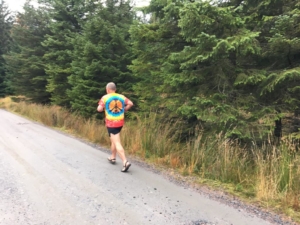 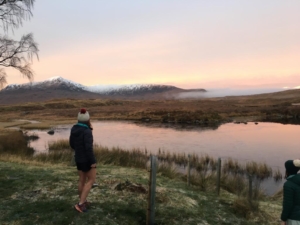 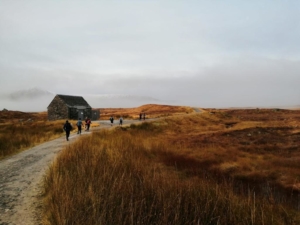 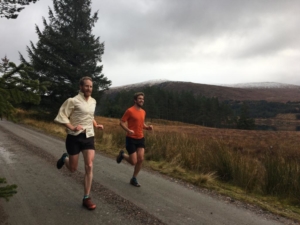 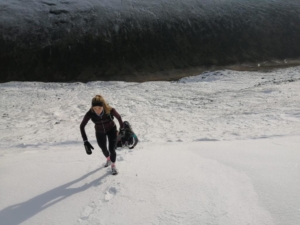 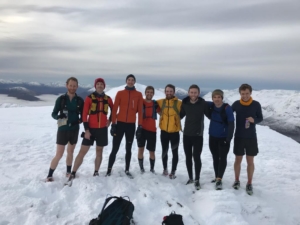 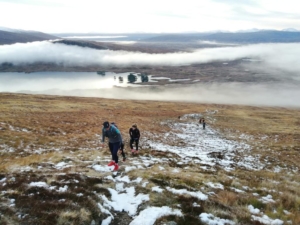 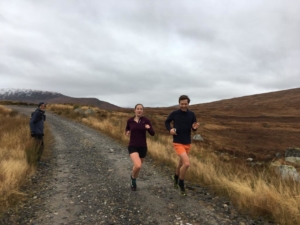