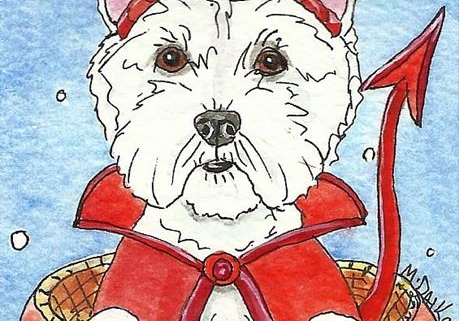 The moment I’m sure you’ve all been waiting for has arrived. Just like the real burdens the results have taken a wee bit longer than ideal to get processed but nonetheless here they are. But before they are announced it is only right to have a quick summary.

Leg 1 got us off to a great start with a quality line up of Westies toeing the start line of various Parkruns around the country. Some solid performances ensued with Elspeth Berry of team Super T taking the red tape in Pollok, closely followed by David Calder in Bradford then Elizabeth O’Donnell in Whitehaven.

Leg 2 was where mother nature really played her hand, and crikey how that impacted the results. Some of our finest thrusting heroes of the hill (to borrow a line from Christine’s fine toast to the Laddies – https://westerlandsccc.co.uk/westie-burns-night-2021-toast-tae-the-laddies/ ) were reduced to bloodied cowering timorous beasties by some of the wildest winter conditions the Campsies could serve up. Westies, both men and women, with previous actual Burdens success but who perhaps couldn’t read the forecast that showed snaw was a-coming were resigned to mere also-rans. There can however be no quarrelling the eventual fastest time by long-legged Will and new speedster Del. Two mixed pairs then took 2nd and 3rd position which is a great result to beat some highly tipped runners.

Leg 3 was the Kilpatricks Caper race route and yet again produced a great set of results. No doubt the Kilpatricks never saw the same amount of snow as the Campsies but with the recent high foot traffic numbers the ice was the real challenge here. I had the pleasure of running with young Luke Mahoney who has been running with us for a while but we haven’t managed to get to an actual race for obvious reasons. Critically we beat Lorna and Cat, but were pipped to the gasworks gate by James Bowden and Joe Waite. Kerry and Emma put in a strong performance, reminiscent of Hodgesons ’19 glory days to come in 3rd.

Leg 4, the finale. A pure classic. If it were a tune it would be a total banger. Blanefield to Dumgoyne summit and back. If any route was designed for Gregor ‘injured’ Stewart, this is it. Even with his lockdown belly I’m sure those out for a family walk would have been horrified at the pace this young buck can muster. I hear he is bursting out of his vest these days but he can clearly still make it move and it’s no surprise he came away with the leg win for Thunderbird. Second was Tom (of Jenn and Tom) and 3rd was Tom (of Katie and Tom) who’s carefully arranged Arthur’s Seat route worked amazingly well as a substitute. An honorable mention to Holly who also squeezed in under the hour yet claimed she had more in the tank.

Would you believe that after all was said and done the winning result has come down to just 10 seconds?! I never announced it pre-event but I have decided the overall winning prize is a blue 2005 Honda Civic for the winning team captain. So without further ado, it gives me no end of pleasure to hand the keys of this fine vehicle to myself. It’s been a real pleasure captaining MD2020 which is a team with fine pedigree at the Burdens (see mixed team results from 2020 actual event).

Anyway, thank you all for getting involved and well done all the runners. All team captains should be proud. As usual please direct all corrections to Shettleston.

My First Marathon
Scroll to top