I’ve become increasingly frantic about Torridon for a while now. I must have seen it on TV when I was young as I seem to recall a false memory of one of the paths that circumnavigates the Am Fasarinen pinacles. Hailing from Southampton it’s safe to say it wasn’t from an expedition of the local hills from when I was small and insignificant. Now I’m medium and insignigicant but the Torridon hills are still massive and very much significant, at least to me.

18 moths ago I retreated from Torridon, forced to pack up a solo wild camp and ditch my hopes to take on Liathach that day. I’d woken up to gale-force winds and rain which appeared to come up from the glen rather than falling from the sky, as tradition dictates. 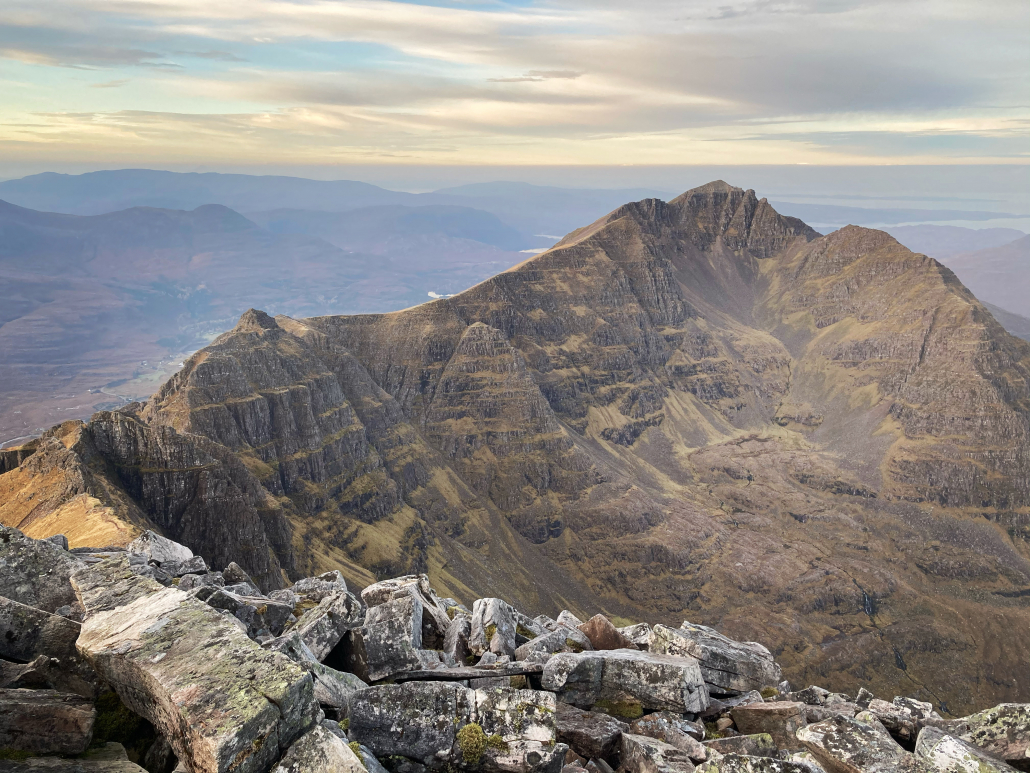 In July I managed to convice Westie Ruth and Westie Ella to take advantage of a lull in both the weather and Covid to explore Torridon. It was a pretty special few days and we managed to cram in the classic lumps and some adventures futher North. It was also a chance for me to get my eye in and appreciate what a round would entail. I’m no rock climber and some of the scrambling would require a little bit of focus on my part. 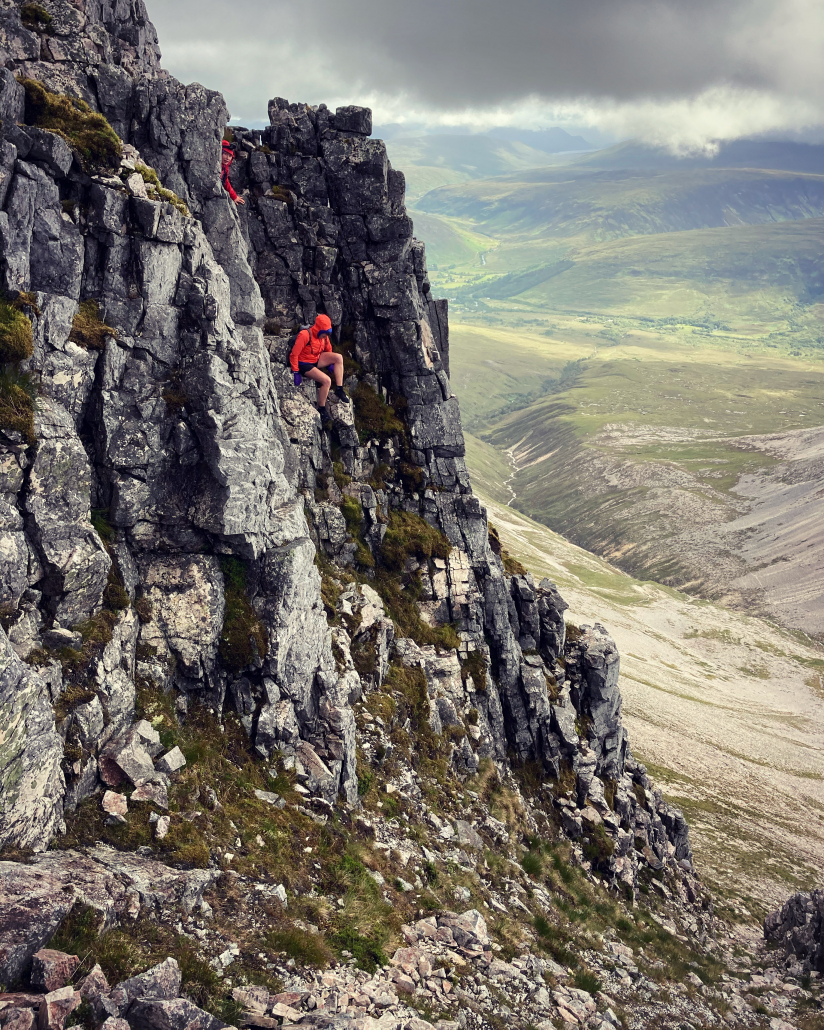 I’d settled on the idea of a Torridon round about a year ago after looking at the Harvey map and thinking a round would be a fantastic day out and within the realms of possibility, unlike some of the adult stuff you can read about online and that I have no right considering… yet. The Torridon round is 40k horizontal and 3.5k vertical, a big day out for me for sure but no dangers of sleep deprivation or being presented with a belt buckle on completion. Theoretically possible. And if a theory was good enough for octopus-loving Darwin then it’s good enough for cephalopod-loving Sparks. 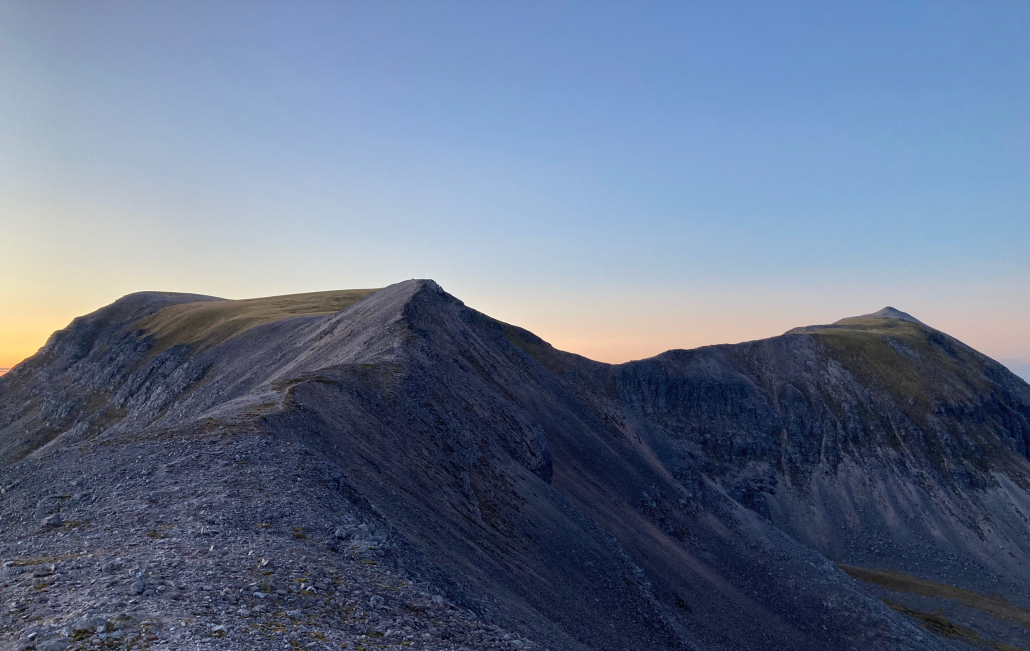 Southside, a wretched area of Glasgow has become riddled with smiling, charming, beautiful Westies. No place for an aspiring-anti-social-grump-bag like myself. So I recently moved out and up to the Black Isle, which turns out is not an island at all. But it does mean I’m 4 hours futher away from Shettleston and closer to Torridon and the other delights of Scotland’s Far North (as the tourist board hashtag would have us refer to it as).

Ally posted in the WhatsApp group about Will Herman’s Torridon run and it looked surprisingly close to what I’d been thinking about. I decided next year, once the clocks changed for the better (don’t get me started on this antiquaited horological nightmare) and daylight, weather, my fitness and free time lined up I’d give the Torridon Round a whirl.

And then I found myself without any work and an amazing weather window and decided to give it a try. There wouldn’t be quite enough daylight even with a Beresfored style 4:30am start so head torch packed and more clothes than I could possibly ever need I set off for Torridon… 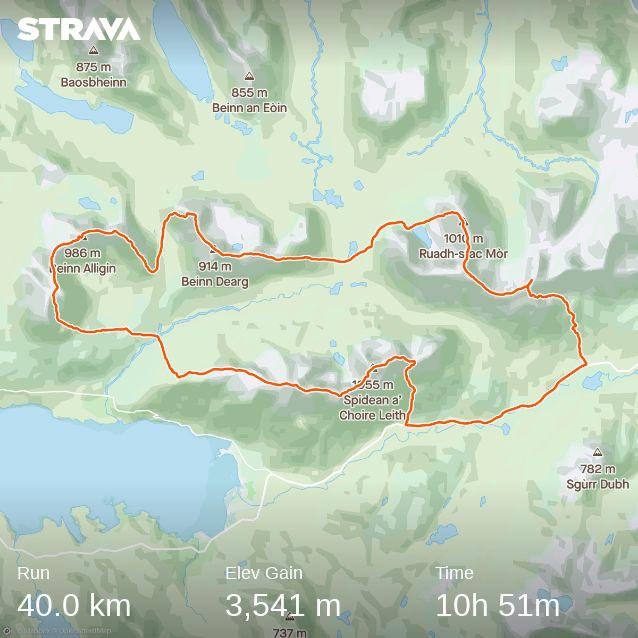 Sunday Morning at the Race Track
Scroll to top