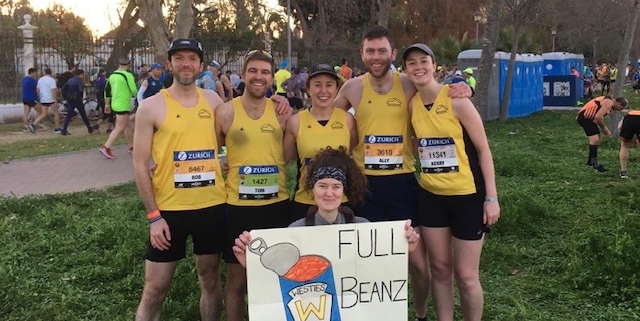 There are many ways to travel around Seville. The metro below, and trams and busses up top transport the masses. There are boats ferrying tourists up and down the Guadalquivir River which meanders through the city centre. Many locals prefer the humble bicycle for their daily commute. Like most bike friendly European city’s there are also an abundance of electric bikes to hire and those nippy wee electric scooters. Most street corners have a couple of Vespa’s parked up which adds to the general charm of the place. It must be said that of all the transport available the horses and carts are the most stylish and interesting, with the hooves on cobbles creating a lovely background soundscape.

We came to this city to travel 26.2miles last Sunday, but despite all the great options listed above, for some bizarre reason we chose to do this on our own 2 feet.

6 Westies and 2 friends of Westies made the trip. As we learned this time last year from James C’s magic report, Seville marathon may be flat, but it’s a difficult beast to tame. 7 of us toed the start line, but only 4 of us would cross the finish. It may be February with temperatures in Glasgow hovering just above 0. But Seville has been enjoying a mini winter heatwave (at least to us!). 0830 start line temp was 10degC. By midday it would be 23 and climbing. You can imagine how that affects the latter miles.

Rob & Luci, Tom & Katie, Kerry & I and Corstorphine Kiwis Sarah & Sam all made the trip. Luci decided months ago that she was going for the holiday and the race could get tae. Although she did outdo herself with her sign making skills (see photos). The rest of us spanned the full marathon experience spectrum. Fast Sam was pushing hard for a sub 2:30 pb. Tom and Sarah were aiming for sub 3’s. Rob and I were a bit unknown but thinking maybe between 3:10 and 3:30 was a success. Katie and Kerry have had injury blighted winters and would settle for anything that wouldn’t aggravate things further.

The race from my perspective:
Line up in the pen with Rob. First 100m, try to follow his lead, skipping and dodging our way through the mad throng. Then make the correct call that he could push on and I’d be running my own race. I tried to stick as close as I could to a 4:45 min/km pace. Anything in the 4:50’s: speed up, anything in the 4:30’s: slow down. Tight calf’s from early on but generally feeling good at half way and making a point to take a drink of water & isotonic drink at each aid station to hold the cramp at bay. So second half I tried to up the pace to 4:35 min/km. This worked until km 30 when the heat and distance compounded and not for want of trying, the legs slowed down.

The twisting route lent its self to support and I was grateful for a cheer from Luci at no less than 4 (maybe 5?) points in the race. In my slightly delirious state in the latter stages I was grateful/confused/disappointed to also hear cheers from Kerry and Katie. Having not passed me on the course this could only mean one thing and sure enough, along with Sarah and 3200 others on the day, they had called it part way round. Katie and Sarah both in the first half, with Kerry pushing on until she had (definitely consciously) gone just further than James last year.

After the inevitable cross the line semi collapsed state I got the medal and found the rest of the gang. We got ice cream, beers and sangria and retreated to our Airbnb rooftop garden along with copious amounts of chorizo, cheese and sunshine. 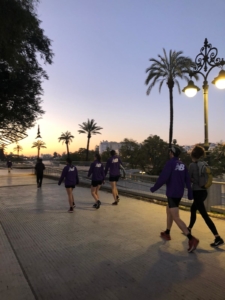 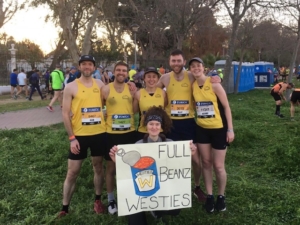 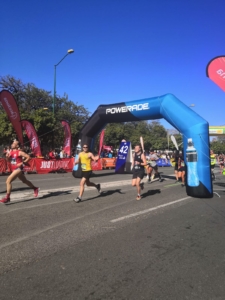 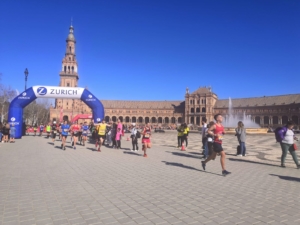 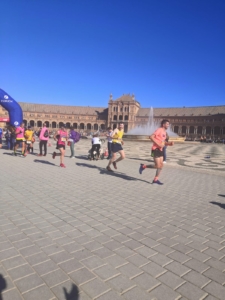 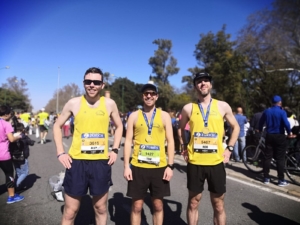 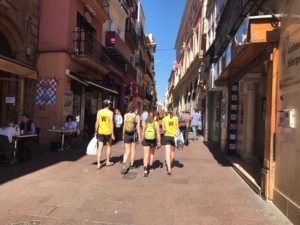 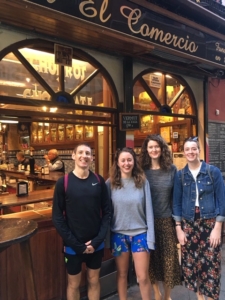 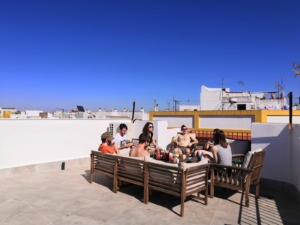 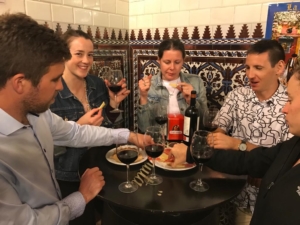 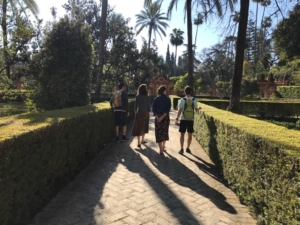