I arrived at the 2019 Tobermory Santa Dash well-prepared, having borrowed a premium, drag-minimising Santa onesie from Andrew Fulwood. Most of the other competitors had no choice but to wear the inferior two-piece garments, with a smattering of bespoke costumes including an inflatable Santa fat suit. I was pleased also to be enjoying the relative comfort of my own facial hair, rather than the unfamiliar and itchy beards provided by the organisers.

We assembled beside the war memorial, with the usual pre-race jostling for an appropriate starting position. On this occasion, the exuberant under-12 Santas – many without beards, you might notice – managed to elbow their way to the front, gaining themselves a strong position as the starting horn sounded. I was hopeful that their confidence would not reflect their ability, and I was correct (see next paragraph).

Eyeing up the competition

I held on to the leading pack of under-12 Santas as they tore away down the High Street, overtaking them with ease as we started the climb up the formidable Eas Brae. (At just 2.9 km, this race packs a punch with 80 m of height gain, enough to qualify as a category ‘B’ hill race under FRA rules – except for all the tarmac).

I found myself in lead position – Hark!! Glory awaits!! – until, aurally disguised by my skull-filling wheezes, two over-12 Santas appeared in my periphery and trotted past. It was all I could manage to claw my way into second place, as the lead runner gradually widened the gap between I and he.

With the initial adrenalin rush fading, I glanced at my watch and realised I’d neglected to activate the GPS tracker. Too late to start it now – I may as well have stayed at home.

The rest of the race passes without event, and I cross the finish line in 11:58, 20 seconds behind the winner (Paul Campbell).

Perfecting ‘arms out for additional balance over rough terrain’

Some minutes later, my brother – who beat me on this course two years ago in a memorable sprint finish, but who this time is too scared to compete against me so is generously running alongside my Mum – crosses the line (still alongside my Mum, and without beard). 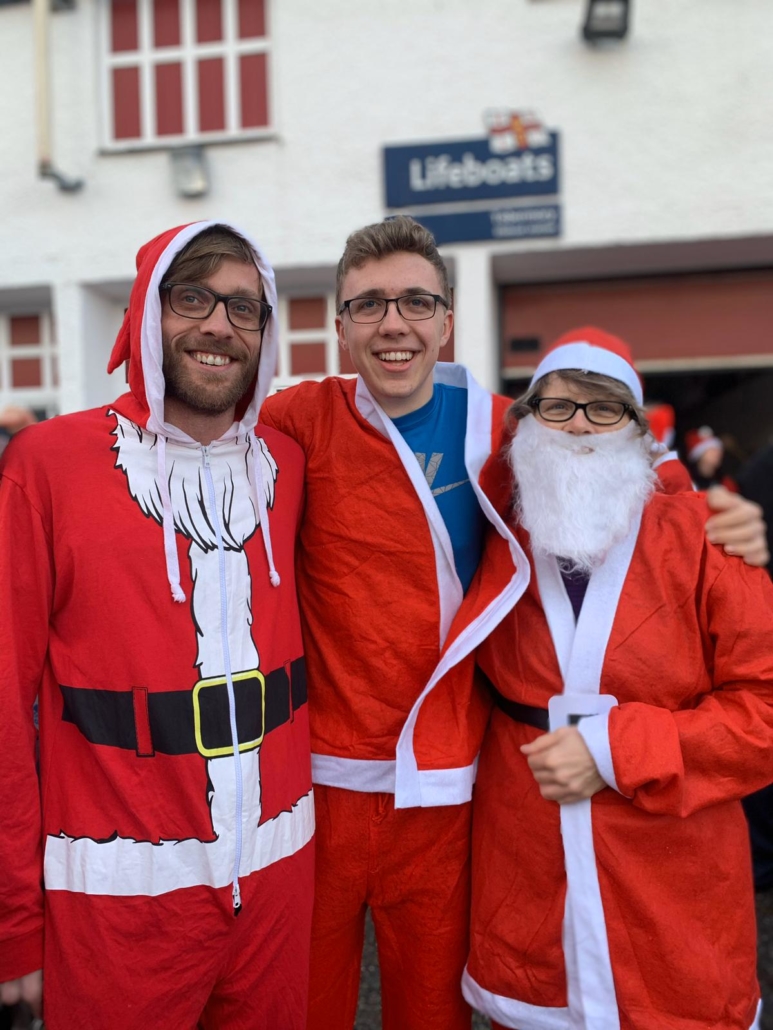 The photos belong to someone else. Thanks to Mull Runners for organising. Funds in aid of Macmillan Cancer Support