The page took a moment to load on my now slightly ageing iPhone, the blue bar skipped along and finally the browser refreshed. To my dismay the East-Southeast wind of 45 miles per hour with gusts of 55 and upwards remained in place. In rare agreement, the BBC, Met Office and the Mountain Weather Information Service had all conspired, suggesting to me that a race which included two exposed ridges would be cut short.

As I’m sure you’ve guessed, it turned out to be a fine day -one of the finest. A gentle cooling breeze, crisp visibility and a cloudless sky produced one of the most memorable days in the hills I’ve ever had; and there was nothing about the race course that felt short to me.

The Salomon Ring of Steall Skyrace™ is 29km with 2500m in elavation, or for those who like to work in imperial, that’s long and hilly. The course goes over wet bits, wetter bits, steep dry bits, sharp dry bits and a mile or so of Scotland’s finest tarmacked road. 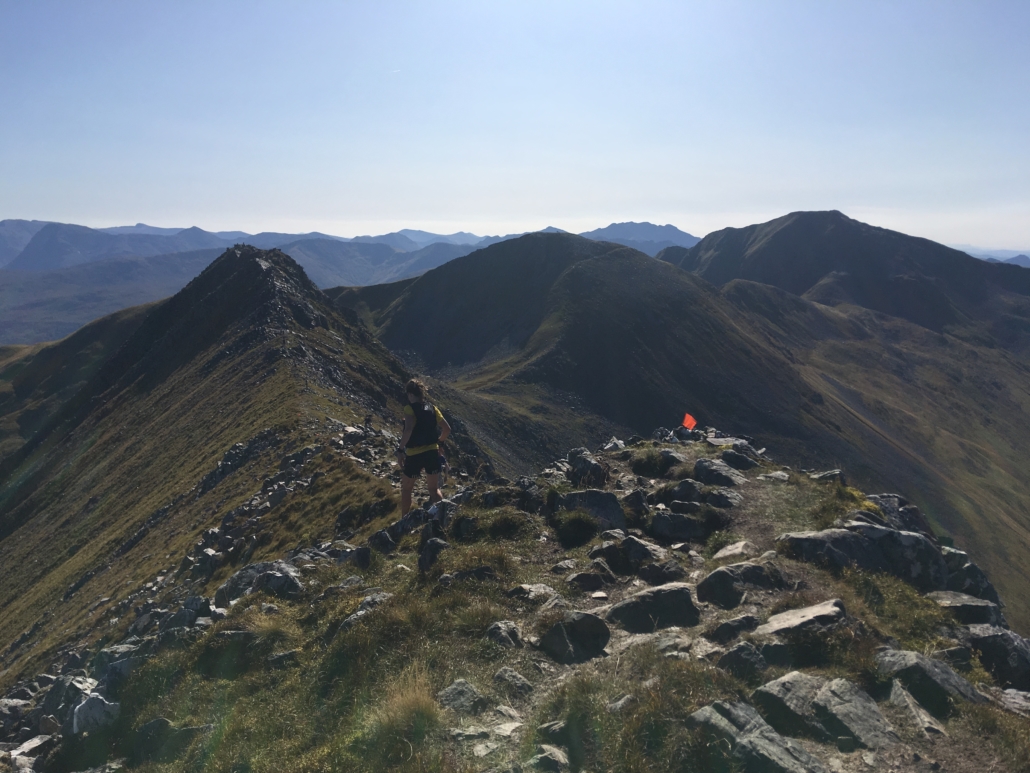 It’s a strange feeling being inside a marketing machine and paying handsomely for the privilege. In Kinlochleven not a square inch is spared from a sponsor’s logo, nor a moment left uninterrupted by a tannoy mention.

I suppose the feeling of being in an Instagram paid-for post is heightened because the few hill running races I’ve taken part in have been low key affairs, with a definite absence of press passes, branded cow bells and live-streamed aid stations. This is very much in contrast to the Salomon Ring of Steall Skyrace™.

It’s probably unfair to so casually criticise an event which probably isn’t making anyone filthy rich. I’m sure the event organisers sweat blood and tears to produce such a slick event, which goes off without a hitch.

On Saturday moring I said the briefest of hellos to Romy and Ella and then at 10am it began, the Salomon Ring of Steall Skyrace™ race was off. I’ll spare you a detailed breakdown of my precise foot-placements and occasional hand holds. I did okay on the up and poorly on the down, cooled my feet in the river and struggled on the final Munro, Am Bodach.

Ella caught me right close to end but thanks to coach Ruth on Monday morning hill reps I managed to defy Ella’s foolish attack and surged ahead, beating her by an impressive and not inconsiderable 107 seconds.

At the end of the race I was handed a Salomon branded medal by an enthusiastic volunteer, who turned out to be world famous Westie, Sharon. What a nice surprise!

I’ll leave this write up with the thought that anyone who likes racing in the hills will probably enjoy this race, especially if you favour a particular French sports equipment manufacturing company based in Annecy, France, founded in 1947.

I ran a time of 5:40:48 and my legs were stiff the day after the Salomon Ring of Steall Skyrace™ race Salomon-race© Salomon®, Salmon. 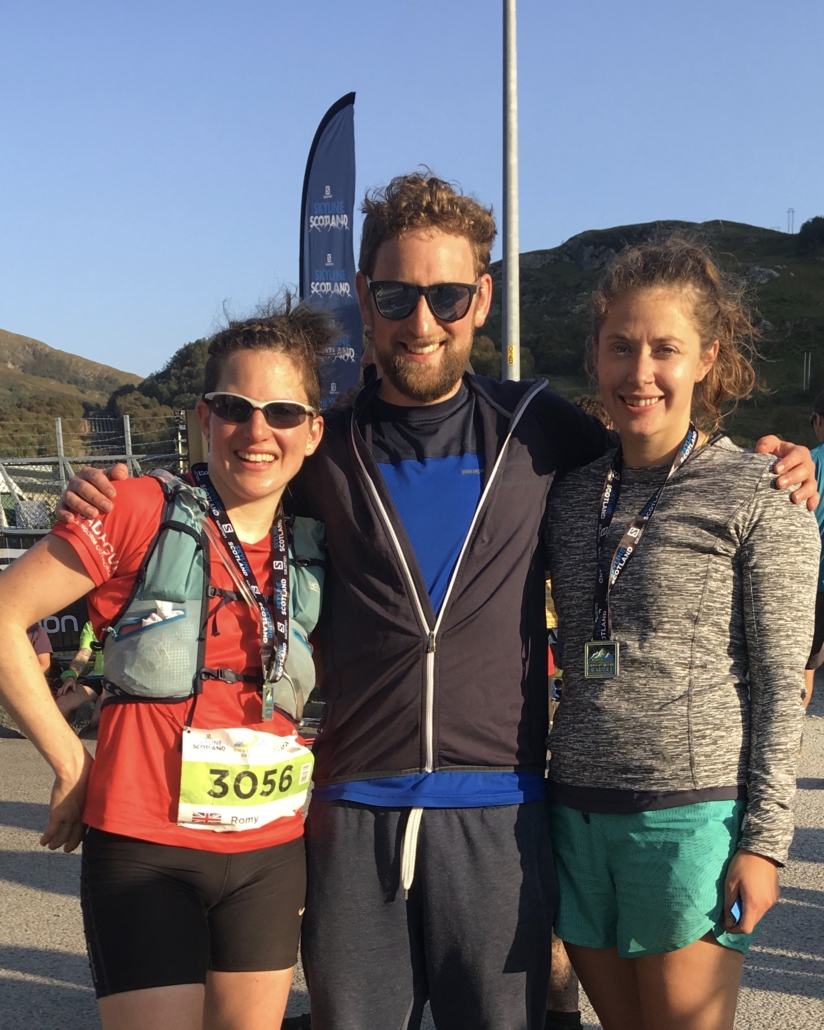