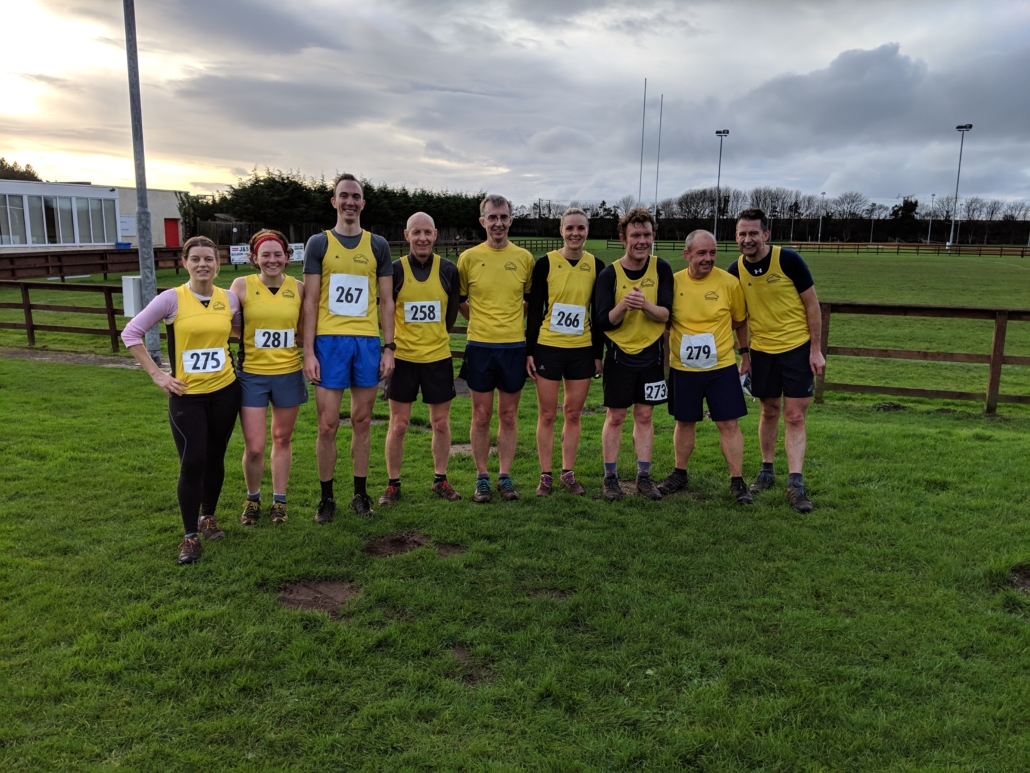 You’d think that a cyclist would always beat a runner wouldn’t you? Well, providing they’re on their bike at least. Sunday saw 9 Westies put that theory to the test at the annual Cyclists V Harriers event at Irvine, hosted by Irvine Running Club.

The previous days winter conditions made for quite soggy going over the 4.7 miles. Mainly off road on grass and trails, with a section through the sand dunes and a few steeps banks to negotiate, basically a typically cross country course. Having run last year in similar conditions I knew what to expect, and also knew that apart from the really technical sections, the cyclists should have the edge and take the win.

72 people on the start line, roughly a 1/3 of which were bikes (That’s a guess, I’m not really sure to be honest) The first section over the flat playing fields was covered in various height obstacles, including tyres, benches and wooden hurdles, with both runners and cyclists required to jump over these.

As is often the case with these short XC races the pace is hot right from the off, and the added pressure of handlebars in your ribs and tyres on your heels just made me run quicker. First obstacle (a 3 tyre high wall) and thanks to 6ft legs I get over with ease, seems a large portion of the field didn’t though, as the well known sound of a bike and rider crashing rings in my ears, I didn’t look around. This section was faster for cyclists, so despite the previous crash (I think) I got passed by a few bikes, and with 6 runners in front of me, I had something to chase. There was then a series of muddy trails, a few banks, and a section over the river and down steps (cyclists had to run on the tarmac bit) where runners were faster than cyclists and I passed all the bikes I could see. Now just 6 runners in front of me.

We hit the sand dunes, which was such a fun section, tight trails, drops and banks all meant that runners were quicker here, especially runners wearing the right footwear (me) and not runners wearing road shoes (some other chap). We had a great battle through the dunes with me coming out in front and onto the straight grass section back to do another lap of the dunes. This guy was quicker than me on the flat open section, but I managed to pull away in the twisty stuff. Final lap of the dunes complete and it was back the way we came, down the banks, over the river and onto the playing field of obstacles again.

Unfortunately, at this point we were joined by some bloke on a bike. This played into my hands as he and the chap in road shoes were slower on the banks, so I managed to get around again. Coming into the final field and the road shoe guy managed to pull away, eventually joined by the bloke on a bike, who then hand to sprint for the line. I followed a few seconds behind.

It’s all a bit confusing, and I knew that apart from this battle there was 3 runners out front, but what I didn’t realise is that there were no other cyclists. So, if you want to travel around a 4.7 mile muddy field, ditch the bike and run it instead, it’s quicker.

72 ran, with Calum McKenzie of Corstorphine AC winning in a time of 26:22. Toni McIntosh of Ayr Seaforth fastest female in 32:08.