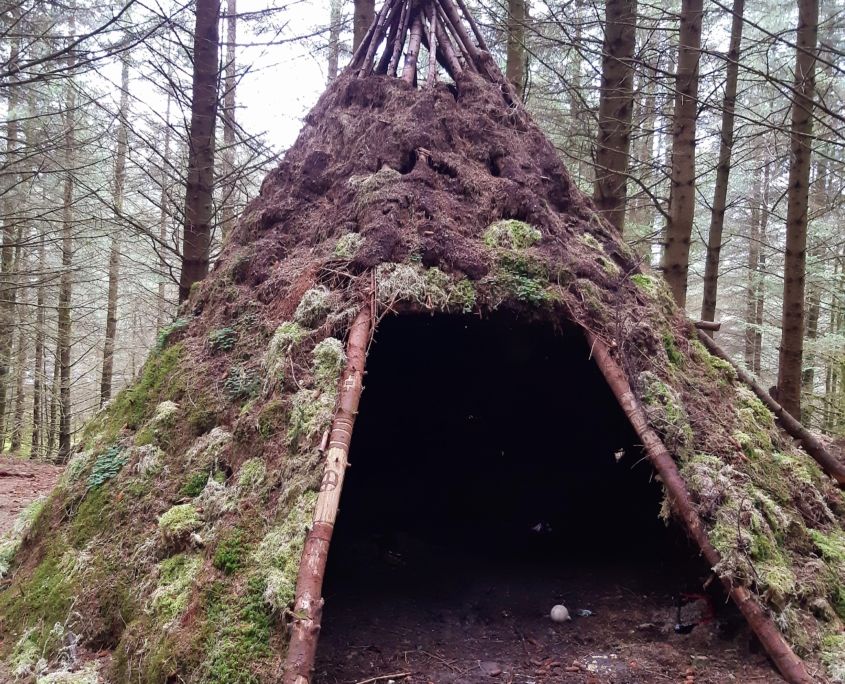 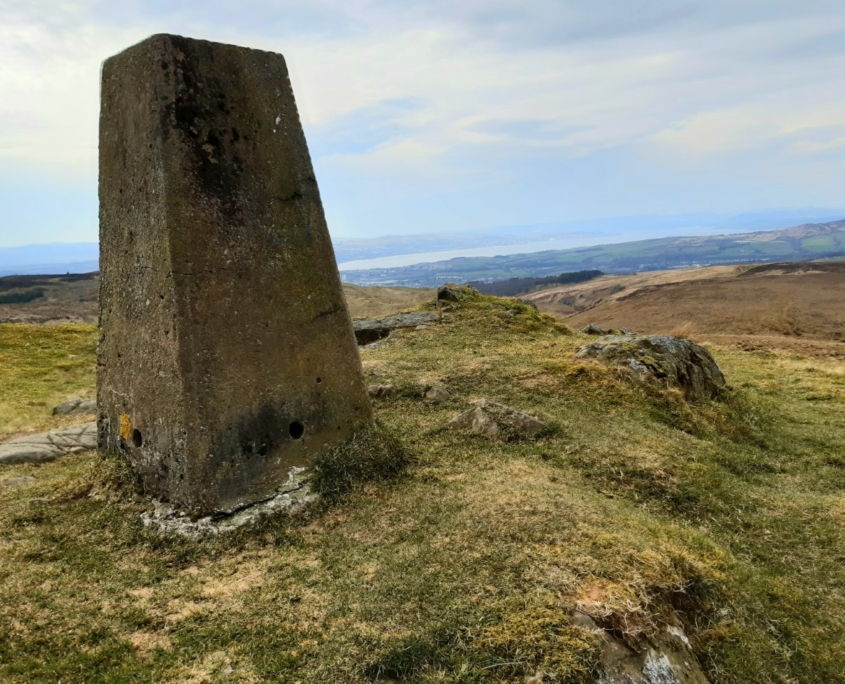 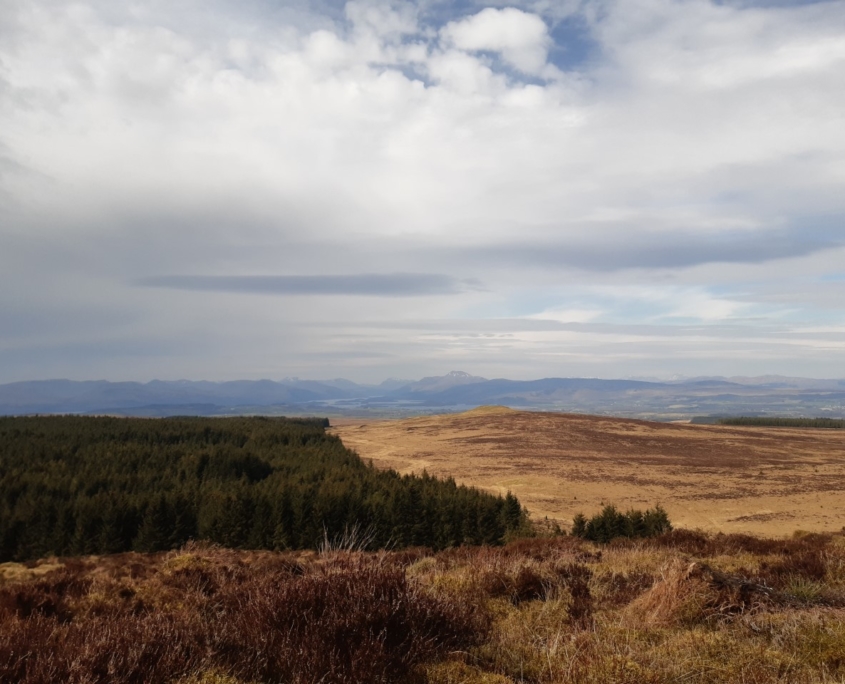 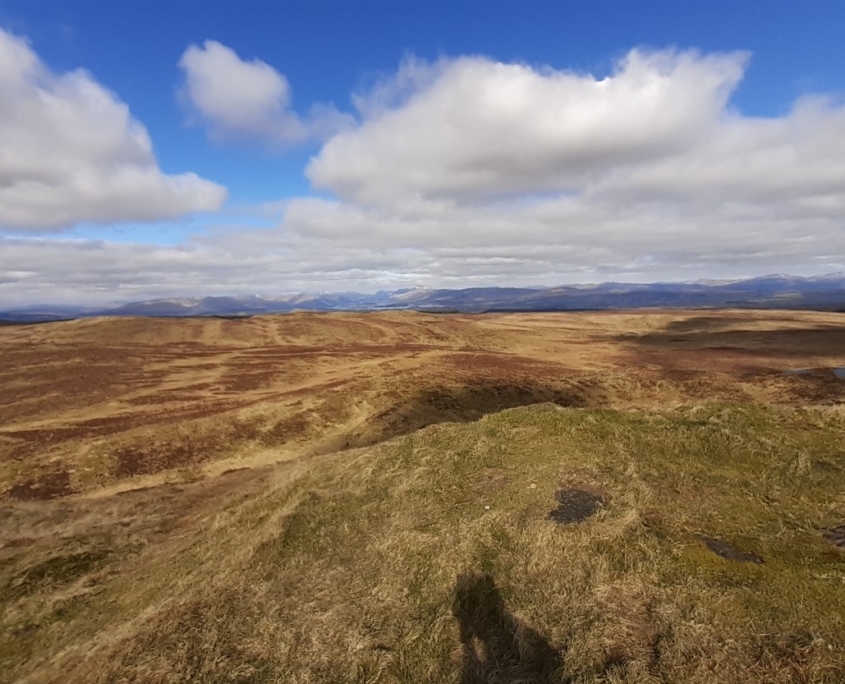 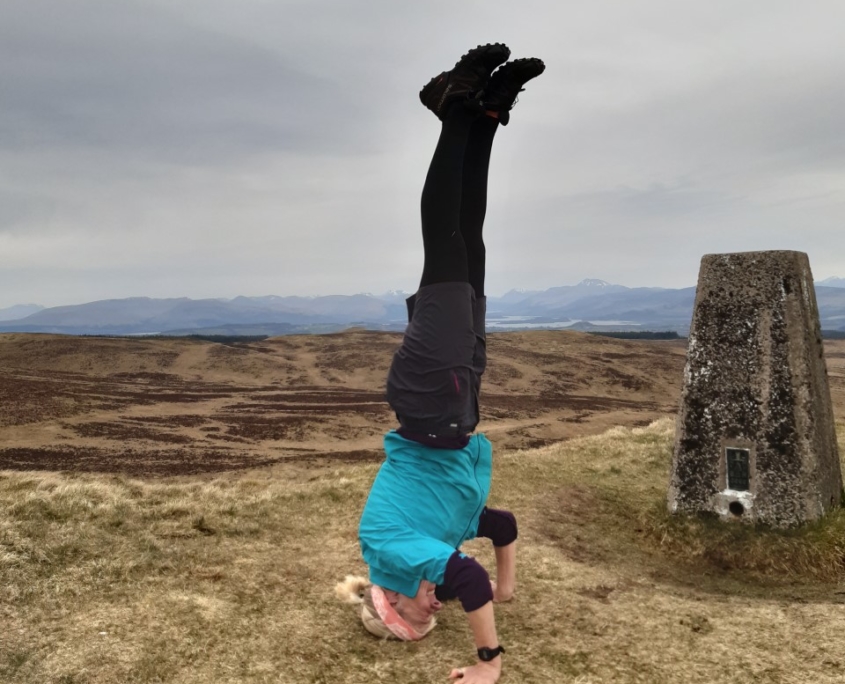 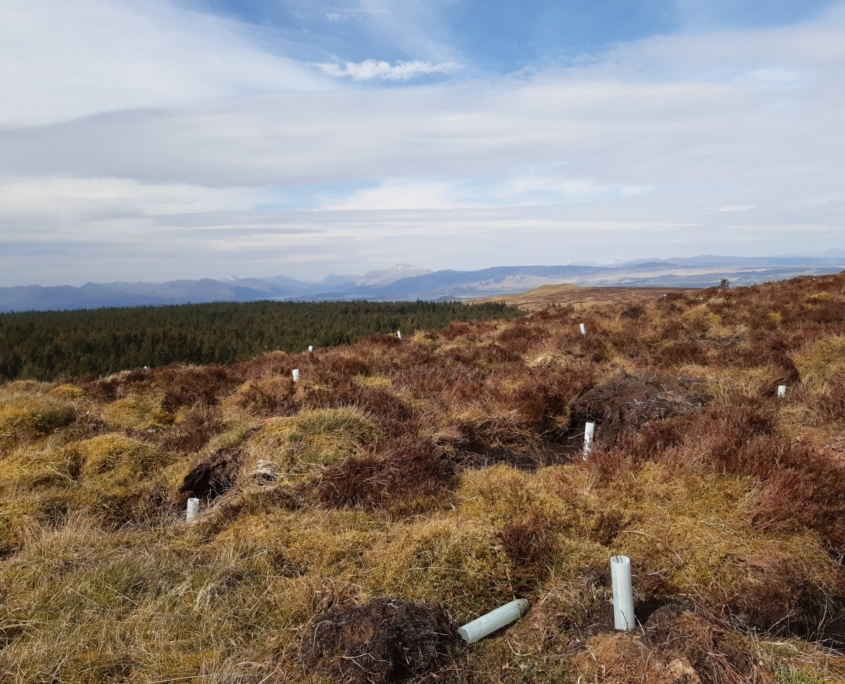 Our Lady Captain suggested that I write this report for those of you who currently cannot get out to the Kilpatrick Hills, or for that matter, any hills. It was a thoughtful suggestion on Jenn’s behalf and so I hope I can do her justice.

Sunday morning last, never have I been so glad that twenty years ago, I decided to move from Shawlands to Old Kilpatrick – just to be nearer to the hills. In order to make the best of what promised to be a sunny day, I had rationed my Sauvignon intake on Saturday night and was good to trot by a respectable 10.30am; however, departure was interrupted by a surprise, but welcome call from an old school pal. She is in French Lockdown or ‘Deconfinement’ just now, and told me that ‘chez eux’ they are only allowed to venture 1Km from their homes. And so it was that 45 minutes later, with a mixture of guilt and mild desperation, I set off on an approximately 20Km run around the Kilpatrick Hills. My run by the way, involved no car parking, careful avoidance of maybe seven casual walkers (i.e. Humphrey Trackers), polite interaction with just one serious walker and one compulsory leap for my very life, from two crazed mountain bikers.

Now that I am aged I give no place to Strava and stop watches – I run because I want to, generally at the pace I feel happy with on the day but without letting myself off too much! Sunday started gently. My initial route was decided by the lambing notice in the bottom field which forbad entry, but what a joy of wobbly, bleating, big eared cuteness that field was; instead, I went up what is locally known as the Rosey Road – the start road to the Kilps Race. Recently along here I have been watching out for blackthorn blossom (sloe Gin in mind) and the damp primrose bank that I love so much – both were in full frothy bloom; next I hoped for tadpoles under the old cattle grid and was not disappointed – guilty feelings gone – I was out to enjoy this run!

No particular route in mind, it’s great to just run as you feel, no time constraints, no weekly mileage or time targets, these days my joints will let me know when it’s time to give up and today my joints and me were, in the words of Nina Simone – ‘feeeeyulin good!’. The Humphrey was fairly quiet, so I took the main track straight to the reservoir enjoying the expansive views down the Clyde – not a ship in sight. I recalled the days when Mark Rigby used to lead a group of us on brutal and repeated hill sprint sessions up this track, all of us trying to get our heart rates up to the advised level for our age! No heart monitors today however and I was just glad to get to the top without having to walk!  A quick detour down to the watery bit just below the Humphrey Reservoir, to see if our resident barnacled geese had had their babies yet – they hadn’t – then I headed back across to the undulating forest path which threads its way alongside the reservoir. I love the far end of this path as it has a still, cathedral like quality – especially if you veer off between the mature spruces to visit the teepee. How many of you know about this structure? It was built by fishermen or youth drinkers probably; it is a thing of beauty in my opinion, constructed of stout twigs, moss and lichens; I was glad to see it is still standing. Then I positively skipped along to Greenland No 1 Reservoir (there are 3 Greenland Reservoirs, all located in brown lands!), before stumbling disjointedly along the stoney track to the Black Linn.

As most of you know, it’s then a bog trot, gloriously dry just now, across to Doughnut Hill. I still can’t find out for certain whether there was ever a fort at Doughnut but when I took some crazy French school kids there years ago, and rewarded them with jam doughnuts on the summit, they called it ‘Zee Hill of Zee Gateaux’ – so that is good enough for me!  This a great place from which to view the extent of the bleaker, rougher end of the Kilpatrick Hills and I sat for a while in the sun, back against the trig point listening to warbling skylarks, tiny dots against a planeless, blue sky. These hills are apparently, a part of the Clyde Plateau Lavas and about 340 million years old; I mused how insignificant this made me feel when right now, the human cause seems so urgently, very significant.

On to Duncolm. Some winters ago, Mr Hamer turned up at my house, interrupting a tea and bubbles party for ladies of a certain age; he had lost his car keys in the snow, between Doughnut and some random grid reference between Meikle Sauchen Brae and Little Sauchen Brae! Not having shown much, if any sympathy at that time, I thought five years on, I would jog across the tussocks and scout about. So I headed for the next stunning viewpoint at 376m. No luck in key finding but a heart achingly beautiful horizon of distanced, snow streaked (and probably empty) mountains! It’s not easy running in this area – hard work for the inner thigh, trekking cross peaty, pitted, plantations and much bigger tussocks than I remembered.

I crossed the tumbledly stone wall and trotted easily up the steep dome of Duncolm, the Kilpatricks’ highest summit at 401m; more skylarks chorusing and I was running good; deep, clear breathing and very conscious of this gift of skylarks, blue sky and breathing when such a lung threatening virus lurks amongst us. Has anyone ever heard the 1942 recording of a nightingale singing against the sound of RAF bombers leaving London – a surreal juxtaposition of utter beauty and sadness.

Going upside down once a day matters to me – you get more scared of this as you get older and so it’s really important to do it – headstands, cartwheels, somersaults whatever takes your fancy! I was about to take a timed headstand selfie at Duncolm trig point, when a kind, be-gloved and somewhat bemused hillwalker appeared, and offered to take the photo for me; a brief chat and then he headed off in the direction of the Whangie.

I thought about another diversion down to the Lilly Loch but it isn’t Lillyish enough yet and so, in my head anyway, I flew athletically – more of a haggis fallolop really – down the very old race route from Duncolm and along the hidden spikes trog to the Greenside Dam. Here, I turned a blind eye to some young folks with their beer cans. I gave them the benefit of the doubt on their social distancing, preferring to pretend that I was being chased in the last uphill leg of the Kilps Race, as I puffed up the ridge to my personal worshiping place – the Slacks Trig point. Pausing here, I looked across the Clyde to the airport where I could see rank upon rank of grounded planes, then east to view Glasgow’s jumbled cityscape and I spared a thought for all those cooped up in high-rise blocks with not so much as a balcony. On the hazey horizon I could just make out the familiar bumps of Tinto Hill and Ailsa Craig.

Again, I felt deep gratefulness at being a 60 plus year old able to bomb or bumble down from this point, across the heathery moor, only just avoiding death by airborne mountain bike; over the wall and passed the tin shack, towards the cottages via the old red gate (seeing as how the wobbly, big ears field had to be avoided!). I jogged back down the Rosey Road and then along the empty main street through the village, in order to avoid the cycle path that is the new Sauchiehall Street. A hot bath, a rehydrating G ‘n T and contentment.

Running is deep karma; keep on running Westies, wherever you can  –  early, late, take obscure routes or step well aside; we are huffy puffy people and need to consider others; your times don’t matter but lives do.  Hope to see you back in the Kilpatricks before the cuckoos start to call!

Skirting The Empty
Scroll to top