Leg 1 saw a stellar line up of our finest solo competitors, who for the most part decided to ignore all lesser teams and race amongst themselves. Sarah, Lorna and Emma led the charge for teams White Lightning, Dragon Soop and MD2020, finishing less than a minute apart. Christine and Luci paced John Hamer round, gamely letting him take the win at the very end. The male ego is fragile. 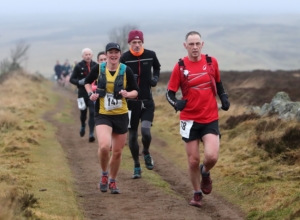 Following some top-class faffing from the elder, tried-and-tested combo Ruth & Ella set a rapid pace for the team White Lightning on Leg 2. In her first race for us, Jen H found herself paired with Katie, with the pair effortlessly navigating a route neither had recced. Burdens veteran Audrey A guided another new recruit around the course with enough enthusiasm that Zuzanna is has been converted from last minute stand in to official member. Rhona and Brenda battled the wind for Team Champers, and were rewarded with a huge haul of leftover vegetables. Kerry dragged bus-driver Boyer round for Team Snakebite. 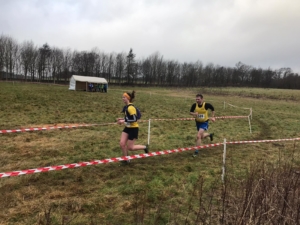 The last-minute removal of a checkpoint opened up some interesting route options for Leg 3 runners. JD decreed that the out-and-back option was a no-brainer, but having changed our minds at least 17 times on the slog up Maspie Den, Heather and I opted for a loop and had fun trading places with Don and Davie. Modesty prevents me from letting you know that we were the eventual victors. Lucia and Julia also chose the loop, as did Holly “I-don’t-race-but-when-I-do-I’m-really-fast-and-I-can-read-a-map-too” Barwick and Ultra-Saki for Team White Lightning.  Audrey and Stella’s recces paid off with a strong performance for Team Hogwash while Romy and Elizabeth were the only female Westie pair spotted on the out-and-back. I’ve still got no idea which route is faster but I’m pretty sure both are faster if you don’t stop to pose for photos Team Champers!! 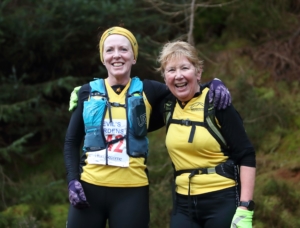 And so to Leg 4, which now consists of a series of checkpoints to be visited in any order. Lucinda recorded the 3rd fastest female time of the day, as well as giving Dave Calder a run for his money. I had a great time watching Leanne outsprint a man with legs at least twice as long as hers to finish well. Having braved hours in the coldest field in the world ever, Sharon and Megan set off looking smiley in the mass start, which immediately saw runners scattering in every direction. Both finished still looking smiley to make 13 complete (no double runs!) Westies teams across the line. 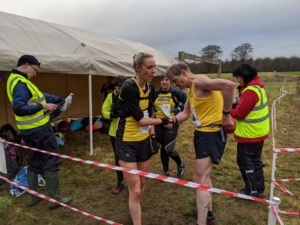 Leg 5 took place at the Old Fruitmarket where, as usual, the original generation of Westies shamed us youngsters with their superior dancing and drinking. Such was the quality of her energetic dancing,  that the validity of Muffy Calder’s “annual glute injury” excuse card for the Burdens has been called into question. This lengthy leg finally ended in O’Neills on Albion Street, amid total confusion with several runners lost and never seen again.

Honourable mentions: Team MD2020 runners Emma, Romy and Elizabeth for helping their team to first Mixed team overall, White Lightning for a strong 4th place finish against some tough competition, new Westie Tom Eriksen for agreeing to run not only the night before but switching legs ten minutes before the start, Stella and Ali Boyer for piloting the minibuses and Captain Ally for following Niall’s great example and sparing me the pain of the Burden’s entry forms. 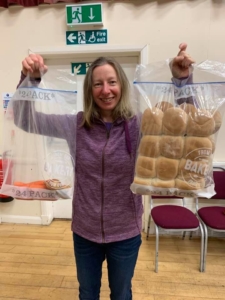 Photos stolen without permission from various places, including this album which contains loads of other gems (my faves are Ian T and Mark R ascending and the Bulloch Bros descending).

My first Carnethy 5
Scroll to top