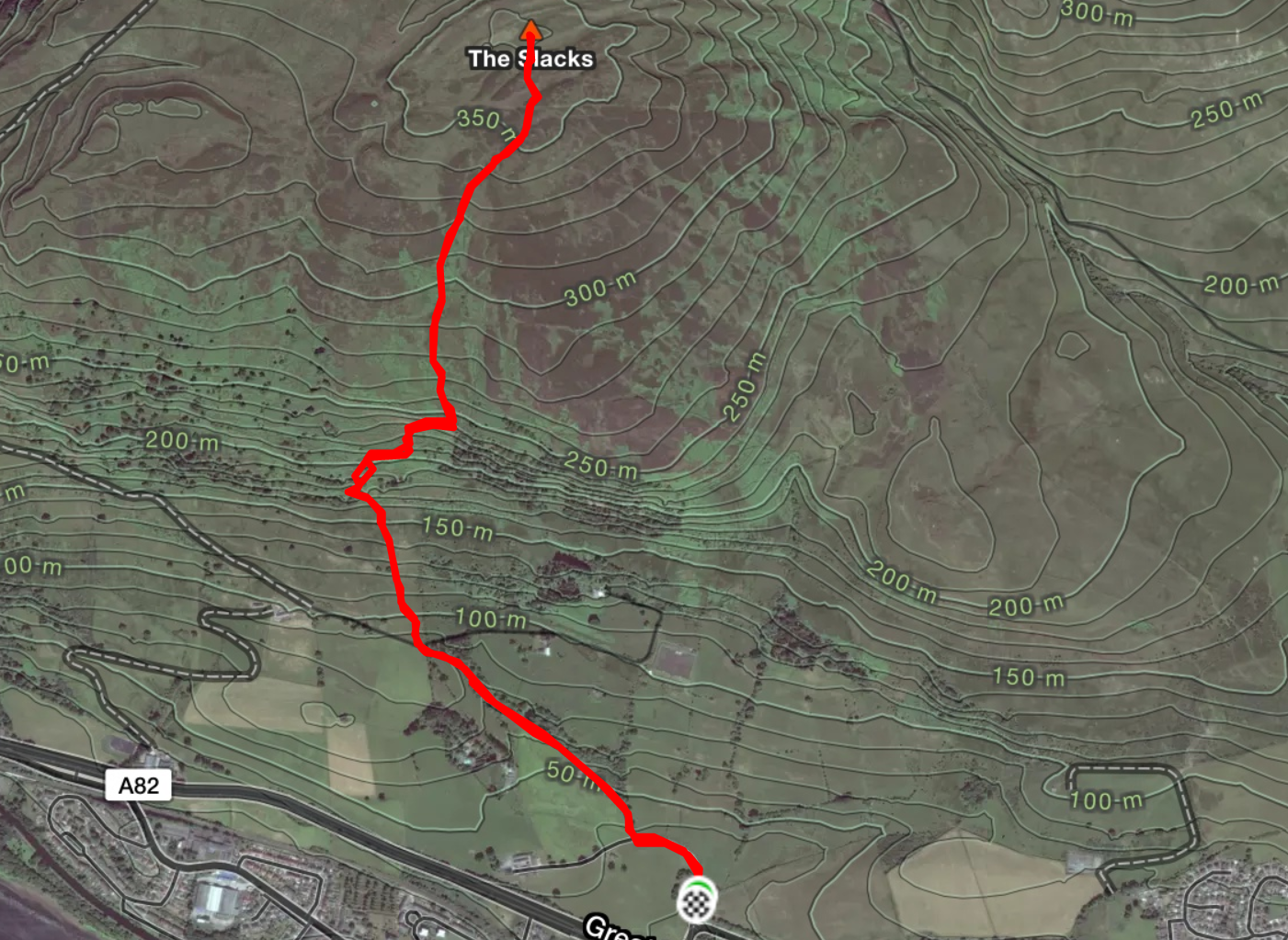 According to Wikipedia, a handicap race is “a race in which horses carry different weights, allocated by the handicapper”.

The weather was fine, and the combined effect of a half moon and the bright lights of Greater Glasgow rendered head torches unnecessary for some.

Start, finish and running times were derived from Provan (2020; available at https://westerlandsccc.co.uk/in-the-dark-handicap-10/).

Figure 1 illustrates the relationship between relative start time (x-axis, with first starters to the left) and overall running time (y-axis, with fastest finishers to the bottom). As expected, there is a strong negative relationship, with faster runners starting later. The slope of this line is close to -1, suggesting the organisers knew what they were doing; on average, runners were delayed by 1.068 minutes (0.40-1.73 95% confidence interval) for every minute faster they ended up finishing. Nonetheless, there is substantial variation around the regression line (R² = 0.42), indicating that some runners were given a more advantageous start time (blue points) than others (red). 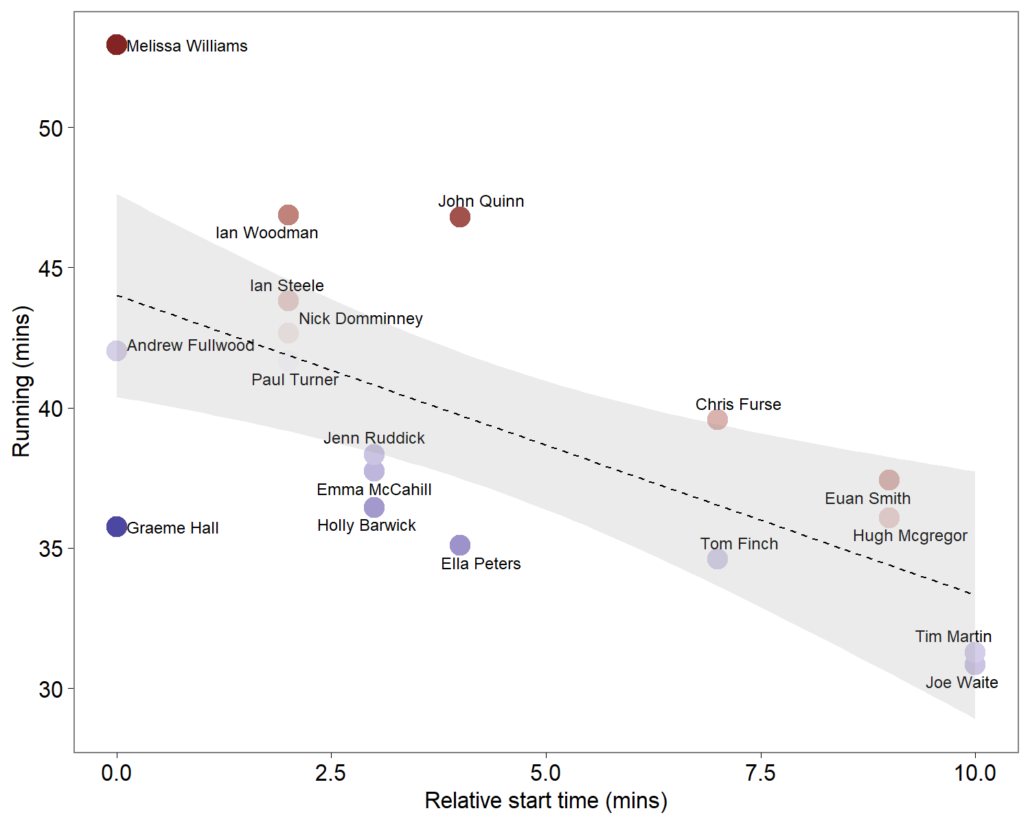 This analysis leads to two key conclusions: 1) the handicappers did a good job of assigning weights to horses (substantially better than if weights were assigned at random). 2) Nonetheless, some horses were unnecessarily overburdened, whilst others were treated more leniently.

This research could be of use to future handicappers. In particular, it could serve to identify individuals in need of a heavier weights, though further research is clearly needed.

The author would like to thank S Taylor, J Provan and H MacPherson for marking the course, recording timings and organising prizes.