How many pork pies are too many? Well, the answer depends on who and when you ask. Ask Ally and he’ll probably stop at a meagre 6. Ask me on the other hand and you’ll get an answer close to 20.

Excessive for one weekend you say? Well if I were to give you just a snapshot of the carnage that was chest fridge of our boat (the mighty Sorr of Appin) during the Island Peaks Race, you’d probably side with me (and that’s before you’ve seen it again after I’d versed two full mugs of coffee in there- just for good measure!)

When Ally asked me last year about doing the boat race, of course, there was only one possible response. Despite getting sea sickness floating on a lilo in a swimming pool I had always fancied a bash at the race. This was only further compounded last year as Leyre, along with Outi, made such a good show of it and I certainly wasn’t going to let her have one up over me on the palmarès stakes.

Anyway my dad, being a salty sea dog, gave me a few ever sage advice on how to avoid the lasting effects of seasickness once on terra firma and I quote “Son, get a bacon roll and a pint Tennents down you as soon as you’re off the boat and you’ll feel great”.

I don’t often follow my dad’s advice, maybe I should start soon…

The plan was hatched between Ally and me then: Island Peaks and Jura double together. It was only months later when the LAMM announced that it would be in Harris that we decided why not just role the three together on three consecutive weekends.

To attempt and try to describe the three would take as long as it did to finish them, so I won’t. I’ll simply list the highlights from 3 genuinely life-affirming weekends.

But let’s not mull too much over them.

Having recently moved to Switzerland with Leyre these moments only go to reinforce what we have left behind. An unbelievable weather streak helped, but the residing memory that will stick with me will always be centred around places visited and more importantly people it was shared with. For this a big thanks has to be sent to all Westies in Jura (James, Rob, Ruth, Louise, Graeme, Ian, Leyre, Sam, Jo, Kerry, Gregor and Alastair), the LAMM Westies (Niall, Mark, Ian, Rob, Elizabeth, Leyre and Outi) and then of most importantly the crew of Sorr (Alex, Evan and skipper Brian) whose heroic sailing efforts put on measly running efforts to shame.

I remarked to Ally at the Whangie a few weeks before it all, that come the end of these weeks we’d either kill each other or get married. Sadly neither happened in the end but in the numerous hours of my inane chat (which peaked with us deciding on who we’d invite to a dinner party), we always managed to keep positive and driving each other along. So a big thanks to Ally the perfect accomplice.

Not much more to say that a few photos couldn’t describe better.

PS thanks to Christine for a few cracking shots I nicked 😉 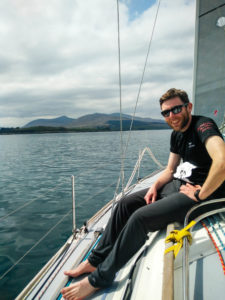 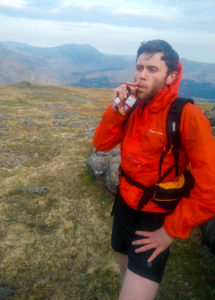 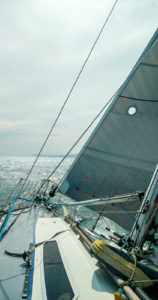 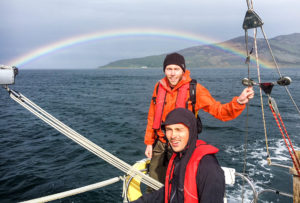 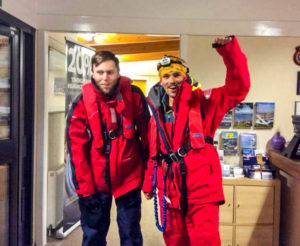 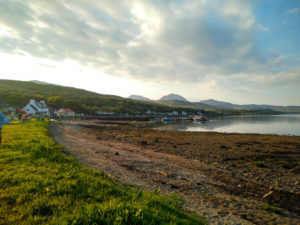 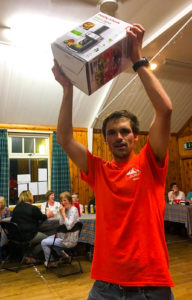 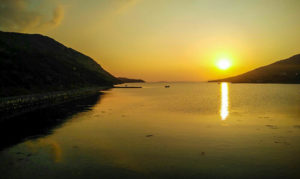 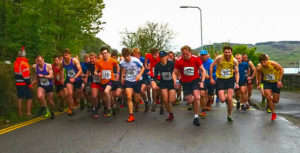 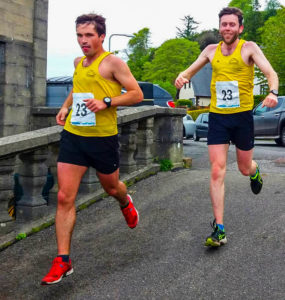 Roddy & Ally go for a Run