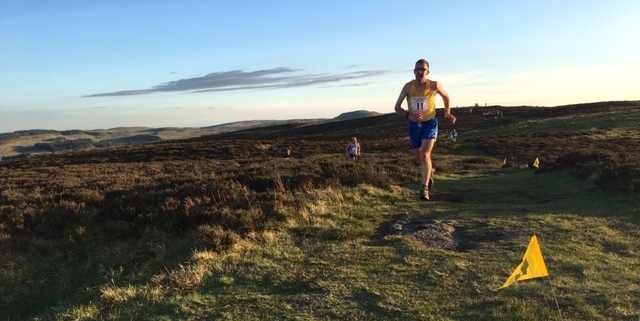 6 races down in the bog and burn and it’s time for probably the two toughest races of the series so I’ve taken a quick look at the standings.

Currently only two people have completed all 6 races (both Westies). So the series is currently being led by Chris Furse on 405 points followed by Andrew Fullwood on 641 points.

However, there are 7 people on 5 races, 6 of which could potentially overtake Chris if they run tomorrow at Cort ma Law. The mostly likely is Julian Warman of HBT currently on 99 points, but Westies Christopher McKiddie and Ross Anderson both have a strong chance to take the lead if Julian gets eaten by Lecket’s famous bog.

On the women’s side:

Two women have completed 4 races. Holly Eadsforth (Westies) on 393 points is leading with Kay McGreevy (BMF) on 608 points in 2nd. Ella Peters (Westies) on 142 points leads the pack who have completed 3 races and looks good to finish very highly in the series, fellow westies Alex Berry (218), Kerry Cunningham (318) and Elizabeth Adams (341) are all hot on Ella’s heals having also completed 3 races. Other runners to watch out for if they start turning up for more races are Romy Beard (Bella) and Megan Fileman (completed 2 races) and Ruth Crewe (Westies) and Jill Stephen (HBT) who have completed 1 race.

On the men’s side:

Interestingly, the first 6 races have had 5 different winners. With James Espie (Deeside) the only one to have won twice. This means that the overall title is very much up for grabs. Bookies favourite is clearly James, but he may struggle to make 4 out of the 6 remaining races. Stand out names of those that have completed 4 races so far are, Justin Carter (Cambuslang) on 29 points, James Bowden (HBT) on 42 points and Harrison Stubbs (Westies) on 59 points. Of those that have completed 2 or 3 races Niall McAlinden (Westies), Gregor Stewart (Westies), Marc Austin (Howgill), Sam Fisher (Howgill), Eliot Sedman (Carnethy), Kenny Richmond (Shetts) and Tom Callan (Westies) all have an excellent chance of getting their name on the famous stork trophy.

In the age groups,

Kay McGreevy (BMF) on 4 races looks to have things sown up. However, with the series shifting to the east for a few races Michelle Hetherington (Carnety) could catch up.

Julian Warman leads currently on 5 races, but Justin Carter looks the strong favourite. Eliot Sedman could catch him if he finishes a few more races.

As mentioned before Chris Furse and Andrew Fullwood have completed 6 races and lead the standings. However, Ian Thurlbeck (Westies) and Iain Mackellaig (Locharber) are both in a strong position to catch Chris and Andrew when they complete 6 races.

Currently being led by Brian Brennan (Westies) who has completed 5 races. But Gordon McCaffrey (Westies) and Don Reid (Westies) must be joint favourites to overtake him when they all complete their 6 races.