Westies Alpine division checking in for the real race news you have all been waiting for. Yes it’s the start of the skimo season (for all those needing a reminder of this exotic pursuit please consult an earlier exemplar https://westerlandsccc.co.uk/les-diablerets-3d/) and after a year of the race skis gathering dust last year, the wax was on and skins were reglued.

The pandemic may have changed many things worldwide but one thing remains constant, mainly my severe incompetence in going uphill whether that be on foot, bike or ski. Although after being promoted from the metaphorical blue to red pistes (metaphorical as all pistes were shut last year), Leyre also made her debut on the scene.

First on the calendar was la Nocture de la Breya, a long slog up the Breya piste at Champex-Lac, of UTMB fame. The race started at 19h15 and we’d turned up a mere 15 minutes before the start. Those that know Leyre’s meticulous and well-organised personality may be surprised to discover that the buckle on her race boot was missing and was unusable. Cue a frantic change of boots and subsequently, she started the race 5 minutes after the gun.  I was in the men’s elite course and struggled to stay in contention with anyone, eventually crawling over the line in 50 mins, some 15 minutes after the winner in a pitiful second-last place. Leyre despite the 5-minute delay, still managed a very respectful time on heavy equipment. 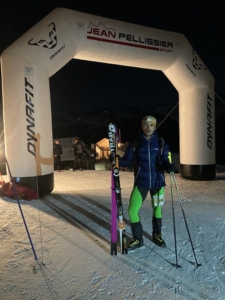 Next on the calendar was a mid-week race in Nendaz, the same idea- up a piste in the dark, try not to puke. We both started at the same time and the course was a bit shorter and steeper. 850m+ in 44mins for me and 50mins for Leyre earnt us a 14th and a 4th respectively in our categories. Leyre has recently caught the knack of getting 4ths and this one was a particular pity, as the prize for 3rd was 200euros and magnum of local wine. I guess she can be let off, the winner was 11-time individual world champion back in the day and 2nd and 3rd were both on the Swiss national team. I, on the other hand, was beaten by one guy dressed as the easter bunny. 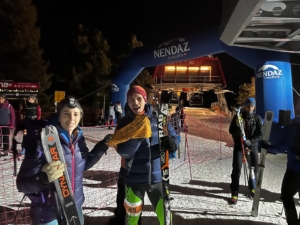 Lastly, for the early season races was another evening race on one of our local hills la Dole. This race had the added excitement of 2 uphills, 2 transitions and 2 downhills, all in the dark. Slightly longer and with a larger field, I defended myself, bagging a top 20, although was unfortunately pipped to my normal title of top Brit, by some imbecile from London. Leyre got the message from me about not being allowed to come home without at least a podium, and duly delivered a 2nd place, bagging an expensive ski jacket, a local bottle of bubbly, and a round of cheese. Races now come thick and fast, culminating with the Patrouille des Glaciers at the end of April. 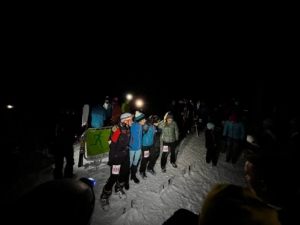 I’ll leave you with some photos of the action and me looking like a doppelganger of a ninja turtle. 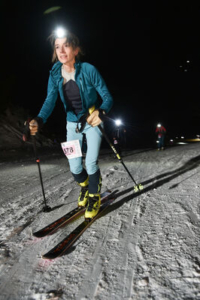 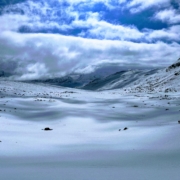